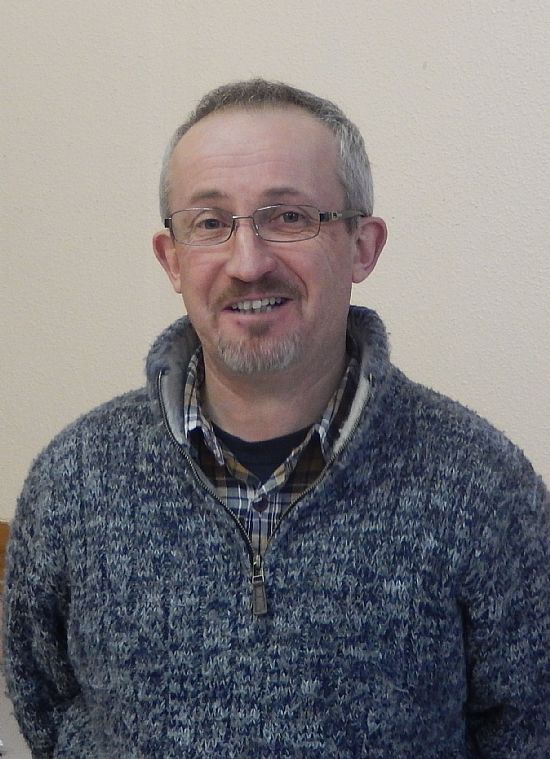 Hardly a day goes by without being reminded about how the wildlife necessary to support our home is being threatened. What can the individual do to contribute to a remedy? With what by any standards is a small garden, Steve Cale is trying to make a difference. Steve is an artist and naturalist, and rather than rip-off text from his website, may I point you to the original at: http://www.steve-cale-artist.co.uk.

Steve started his talk by saying that although some efforts are being made to stop the decline of our native species, it is certainly not enough and some schemes are even misguided.  Although hedgerows have been regularly promoted, their actual ‘modern’ configuration make them not as beneficial to wildlife as some people might think. Many of those that are retained have been too truncated and thinned out to provide an adequate habitat to very much at all.

Steve moved into his present home about 10 years ago and from the start wanted to change the garden to help wildlife. One of the most essential features of a wildlife habitat is a pond. The soil he removed was not wasted but retained and used to make raised vegetable beds. He used a liner to construct the pond in two halves: one with just water, the other filled with soil for marsh plants. It is important that this area has the pond liner punctured to provide drainage. He listed the wide range of wildflowers he had selected to entice as many insects as possible. To avoid disappointment, anyone wanting to do this should be aware that wildflowers survive best in poor soil. Very shortly after planting the area around the pond the first visitors arrived: two mallards that seemed intent on wrecking everything. But as the planting began to become established an environment developed and more species started to come in. Insects, birds, reptiles, amphibians and mammals have all visited his garden and Steve had many fine images of these to augment his talk, all taken by himself, in just that small garden.

As his talk progressed Steve had many tips to help would-be imitators. Many insects have part of their life cycle associated with grasses. Power mowing will almost certainly be disadvantageous to them. Around February Steve uses a sickle to carefully clear away the old grass to allow for the coming year’s growth. Some of Steve’s neighbors come to see the butterflies and ask how he manages to have so many. Don’t power mow is his answer. Insects bother some people. Instead of killing them, Steve’s method of catching them alive is to have two matching clear containers and to bring them together to trap the offending creature. He claims that the insect is confused as to where the threat is coming from and is easy to catch. There has been a significant drop in the numbers of greenfinches. This is thought to be due to bad hygiene with birdbaths and bird tables. We must make ourselves more aware of this problem and maintain a regular cleaning programme. People can be upset when predators like sparrow hawks visit their garden and prey on other birds. If they frighten the hawk away it will have to kill again and the original victim will almost certainly die anyway. 85% of sparrow hawks die in their first year and 85% of those die of starvation.

In addition to all the other insects there are about 270 species of bees, 280 of hoverflies and 9000 wasps. For those of us who would like to identify them, or at least separate them into their correct genus, Steve had a couple of books he recommended: The Bees of Norfolk by Nic Owens, ISBN 978-1-874357-78-0. And for more general identification, Insects of Britain and Western Europe, (not author credited), ISBN 978-1-4081-7948-2. The easiest way to make an identification is to try and take a photograph and then to compare that with an illustration. Even a bad picture will often be good enough.

My wife and I think we are making a contribution to wildlife by ‘wilding’ parts of our garden. Unfortunately, this has been more to do with an inability to do the amount of work we were once able to than a planned conservation effort. But Steve’s presentation has made us think that we need to be a little more proactive. We have a pond, but I think we may need to make something more attractive to wildlife, and after all, you don’t need to mow a pond. Steve’s efforts were an inspiration and a motivation for us all to do more. As Audrey Hepburn once said, “To plant a garden is to believe in tomorrow”.

Late January saw us attending our annual lunch. This year we returned to Lynford Hall, which as well as being a very impressive dining venue in it’s own right, is noted for being just across the road from one of the most significant Neanderthal sites in Europe. See ISBN 978 1 84802 063 4.

Those successful in this month’s competitions were as follows:

Our next meeting is on Wednesday 11th March. Trevor Nash will be telling us about ‘Honeybees’. Doors open 13:30 for a 14:00 start.