We were unable to reschedule our visit to Shropham Vicarage Garden, cancelled due to rain, but by a close monitoring of the forecasts we were able to organise a drop-of-the-hat get-together at a the garden of one of our members. As well as a (very short) look around the garden we had tea and cakes, all home made by that nice Mister Sainsbury. Let’s face it; tea and cakes are the main draw for most of our members. 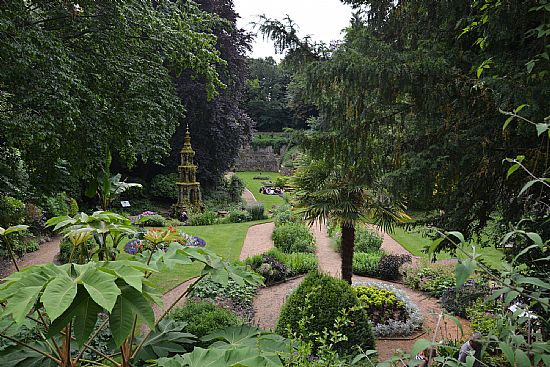 For many years my wife has been talking about going to The Plantation Garden in Norwich. As it is with these things, there always seems something else going on to stop us; we could go after a shopping trip, but mustn’t leave the dogs too long, and so on. So when our programme secretary booked it as one of our outside activities it was the prompt we needed. However, for the third time this year, again, judging by the weather forecasts, it looked as though we might be rained off. But we held our nerve. There was a slight shower in the morning, but by the afternoon it had improved to cloudy and bright, and by three, there were even shadows on the ground. 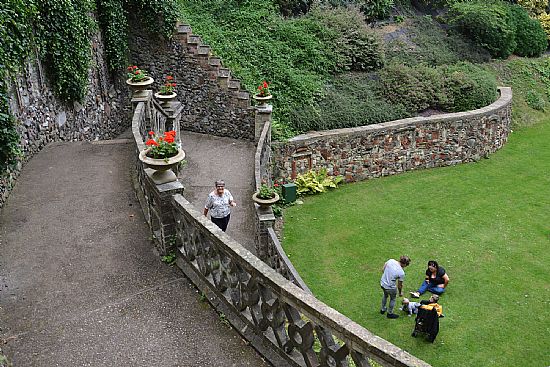 The three-acre Plantation Garden is located in the heart of the city, near the Norwich Roman Catholic Cathedral. It is within an old quarry from which were mined flints for the famous facades of the Norwich buildings and chalk to make lime for the mortar. The garden was originally constructed about 140 years ago by the Norwich upholsterer and cabinetmaker, Henry Trevor, (1819 – 1897). The garden originally had a palm house built in 1871 by the Norwich company of Boulton and Paul, but it fell into disrepair and, from the evidence of old photographs,  had been demolished by about 1910. The entire garden was abandoned and forgotten after the Second World War, but was rescued in 1980 when a preservation trust was set up, now headed by Roger Connah. Volunteers carry out nearly all the maintenance and the garden is now a Grade II registered site. 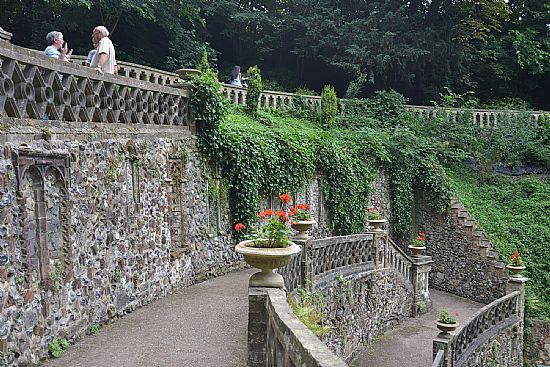 The garden is in the stile of the Gothic Revival, very popular at the time. The retaining walls and other features appear to have come from ruined churches and the like, but were in fact new purchases from the Gunton Brothers brickworks at Costessey. There is a gothic fountain and a zigzag Italian terrace from the flat, lower area to a higher-level path. The path then runs around the east rim of the quarry from where you get an almost aerial view of the garden. As well as being a quarry, mining was carried out in the form of tunneling. This is revealed from time to time by sinkholes appearing where the tunnels have collapsed. In 1988 a double-decker bus was partly swallowed by one such sinkhole in the Earlham Road. 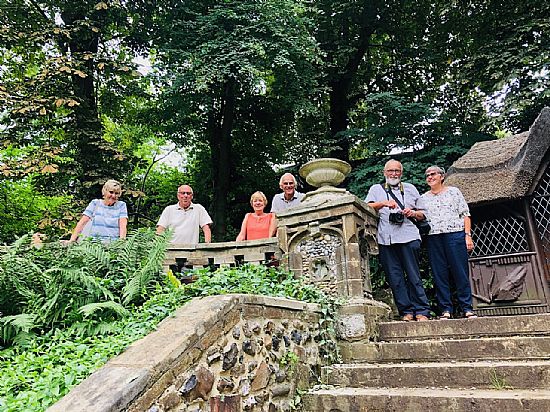 A quarry may seem an unusual place to have a garden until you remember that The Eden Project in Cornwall is located in an old clay pit. In fact quarry locations are surprisingly numerous around the world: Belsay Hall near Morpeth, Northumberland; Quarry End, Walworth, Darlington, County Durham; The Butchart Gardens, Vancouver, Canada; Whangarei Quarry Gardens, New Zealand; and the people across the road from where I live. Yes, really. 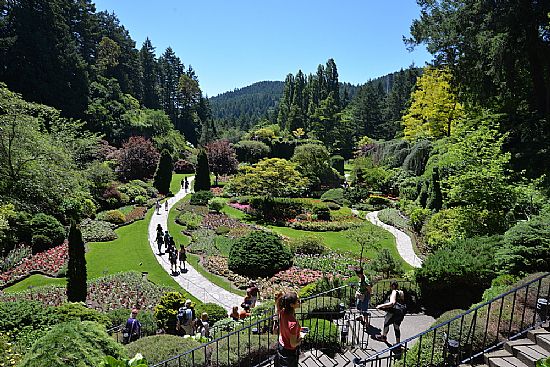