The Trouble Without Wasps 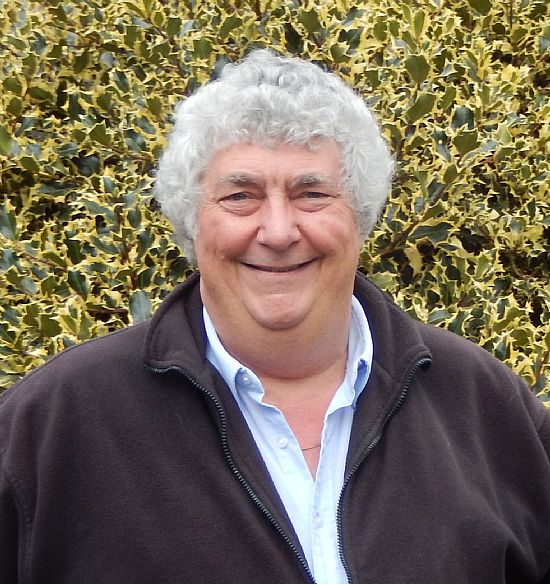 This month we welcomed back Dr. Ian Bedford who until recently had been head of entomology research at the John Innes Centre. He told us he had worked there for 42 years, 6 months and 29 days. Before he started his talk he took the precaution of asking if any of us suffered from Spheksophobia. Suitably assured he went on to say that wasps were not, as some people think, just a summertime pest, but a vital protector of our crops. In fact, in their absence the world would almost certainly suffer a catastrophic ecological and economic disaster.

Wasps are members of the order hymenopter, meaning ‘married wings’. While they may at first appear to only have a single pair, closer examination reveals there are two wings on each side but connected by a row of tiny hooks. Other members of the order include bees, ants and sawflies. Wasps have been found as fossils dating from around 200 million years ago and do not seem to have changed very much in the intervening period. There have been about 200,000 species identified, but it is thought that there maybe 100,000 more not yet known to science. The UK has about 9,000 native species

A wasp will always have jaws, a cluster of eye-spots (ocelli) and a thin waist. The females have an ovipositor that has in some species evolved into the sting.  Males cannot sting. Wasps use their sting to both attack and defend. The venom is a complex cocktail of chemicals that in combination seem to have evolved to produce the maximum pain. It is well known that wasp venom is alkaline while that of the bee is acidic. Well known, but wrong. Both are mildly acidic, but the application of a neutralising tincture will have little effect as the venom will have been injected below the skin. Also, it is the chemical, not its pH, that causes the pain. What might be worth knowing is that you probably need to be stung three times before you are likely to suffer anaphylactic shock. Over a period an immunity to the venom can be built up. In wasp society females do all the hard work, males simply mate and die. [Insert own joke here].

Some wasps are completely harmless as they have no sting. Some can be indirectly detected by the evidence of cancerous growths, like oak apples and other plant anomalies, which will have sheltered the wasp during its development. But most wasps are killers with the prey used to provide protein to their meat-eating larvae. Death may come quickly when the prey is consumed almost immediately, or slowly, as when eggs are laid inside the victim. While all this is going on the wasp will be providing a pollination service, in fact some plants will produce pheromones as an attractant. Wasps do provide food for other animals. As well as insect eating birds and some reptiles, badgers seem to be oblivious of their stings and happily tuck in.

The nesters will make their nests by squatting, digging or building. All are gruesome kidnappers. They hunt other insects, paralyse them, take them back to their nest and lay an egg on them. Some catch honeybees and take them to their underground chambers where there can be up to five bees to provide food for one wasp grub. Some nests have been found to have 150 bees in them. There are cuckoo wasps with a life style similar to the bird of that name.

Non-nesters are mostly specialist parasitoids. Some wasps will lay their eggs in a butterfly caterpillar which then hatches out with the wasp still inside. Some are able to detect grubs burrowing in trees. They can drill through the wood with their ovipositor and then lay their egg on the caterpillar. The wasp grub will feed on the non-vital organs first. The caterpillar will continue to live and feed, and only at the end will it die. Some wasps will lay their egg in an aphid. The wasp grub excretes an enzyme which causes the outside skin of the aphid to become hard – an aphid mummy. The wasp then bites a hole hatches out

Some aphid-feeding wasps are commercially produced for release among susceptible crops. An single aphid in summer can produce 12 – 15 offspring every day. Within a week those offspring can themselves reproduce. Ian has calculated that a single aphid, if all it’s offspring were to survive, and in turn breed, would in six months, if laid end-to-end, form a line 75,000 miles long; three times around the Earth. To combat aphids farmers in Almeria were spraying tomatoes with chemicals, sometimes twice a day. They now use wasps in huge quantities. Different parasitic wasps can be obtained for specific pests.

Winter moths are an important food source for wasps. The females are unable to fly and must climb the tree, hence our use of sticky rings around the trunks for protection. Once up the tree they signal the male and they mate. The caterpillars of the moth don’t damage the fruit, they just chew the leaves. The winter moth provides food for other animals: when the caterpillars reach a certain size is when the blue-tit eggs are timed to hatch. 100 winter moth caterpillars a day are needed to feed each chick.

Social wasps, vespidae, have an egg-laying queen. In the UK there are eight species which can be identified by markings on the head. The queen over winters and between March and June will begin the breeding cycle. A female wasp will lay a small number of eggs. When they hatch the queen will catch caterpillars and feed them to the protein-eating grubs. The grubs secrete a sugary substance, a carbohydrate that the queen can eat. The queen lays more eggs; the original grubs develop into sterile female workers. They collect food, tend the eggs and larvae and chew up wood to make papier-mâché to build more egg cells and expand the nest. They only live for between 2 – 3 weeks. The size of the nest is a measure of their success that year. At the end of summer the queen lays unfertile eggs that hatch into males. She also lays other eggs, which when they hatch, are fed a different diet. These will be the queens in the following year. The new queens will fly off to mate with non-sibling males. By autumn all the workers are dead. The new queens over winter in a suitable sheltered location and in the spring will look for new nest sites.

Wasps are very intelligent. They are good at problem solving and are capable of deductive reasoning. Paper wasps, rare in UK, can identify other individuals in their group by facial recognition. Ian related some examples from his own experience. When flies come into his conservatory they are unable to find their way out. But a wasp will come in, catch a fly and leave the same way she entered. In another example Ian was breeding butterflies in a netted enclosure. He could see the empty pupation cases, but couldn’t understand where the butterflies were going. Close observation revealed that the wasps were coming in through the mesh, catching the butterflies as soon as they had hatched, biting off the wings and taking them away through the net. Experiments have shown that wasps are capable of a process called transitive inference: consider three objects, A, B and C. If A is bigger than B, and B is bigger than C, a wasp can deduce that A is bigger than C.

If wasps are a problem they can be controlled with the familiar traps, but by now, I hope, rather than kill, you may prefer to merely deter. Cloves pressed into half a lemon: wasps hate the smell of both. Boiled bay leaves have a similar effect. Ian, with a group of his students, carried out the following trial: opening and closing the hand – in an imitation of a mouth or beak opening and closing. This, he said, worked remarkably well. He showed us a commercially produced item called a Waspenator, something that looks like a wasp’s nest. The wasp thinks that that territory is already taken and goes else ware. An ordinary brown paper bag can also work in this way.

The wasp is providing new ideas in medicine. Scientists are developing needles for use in robotic brain surgery based on the strength and flexibility of the wasp ovipositor, and modified wasp venom is being tested as an alternative to antibiotics. Most wasp’s nests are usually not a problem, but if it becomes necessary that one has to be removed, then professional advice must be sought.

Ian’s entertaining and informative talk was accompanied by a very professional slide show. It was also highly detailed, so any inaccuracies will be due to the lack of my comprehension and note taking abilities.

But there is one thing I feel confident to add. I was involved in one of my DIY projects, this one lasting several weeks. I had been making much noise and sawdust in my man-shed when I happened to notice a wasp’s nest in the roof not more than a few inches from my head. When I looked more closely it was obvious that it was a thriving community. I decided to simply carry on with the job in hand. I was careful not to cause the nest any damage and we both carried on with our own tasks. I didn’t bother them and they didn’t bother me. Should I find a wasp in difficulty I find that I can handle them with my bare hands with no problems. All we are saying is give wasps a chance.

The results of the competitions this month are as follows:

Our next meeting is on Wednesday 12th February. Steve Cale will be telling us about ‘The Nature Reserve Outside my Door’. Doors open 13:30 for a 14:00 start.

And the answers to the Xmas conundrum were as follows:

1 - Essential when making a break: a snooker cue.

3 - Help to Bond: Q, the quartermaster, was always helping James Bond with the latest gadgets.

4 - Where hundreds were lost in 1987, but five still remain from 1762: In the storm of 1987 Kew Gardnes lost hundreds of trees, but Five trees survive from the establishment of the botanical gardens in 1762. Together they are known as the 'Five Lions' and consist of: a ginkgo (Ginkgo biloba), a pagoda tree, or scholar tree (Styphnolobium japonicum), an oriental plane (Platanus orientalis), a black locust, or false acacia (Robinia pseudoacacia), and a Caucasian elm or zelkova (Zelkova carpinifolia).

5 - Where you can read about music: Q is a popular music magazine published monthly in the United Kingdom. It was founded in 1986 by the journalists and broadcasters Mark Ellen and David Hepworth, who were presenters of the BBC television music series Whistle Test.

7 - Go on now: you take your cue before going on stage.

8 - Allows a pilot to feel his aircraft: this is the obscure one. To control large and/or fast aircraft the pilot would never have the strength to operate the controls. So you have to have powered controls. But this would allow the pilot to operate the controls with little or no effort and the aircraft would feel ‘dead’. Also, large control surface movements at high speed could cause catastrophic damage to the plane. To avoid this, and to allow the pilot to feel the plane in a natural way, there are systems which provide an artificial and progressive load to the hand controls. These systems are called q feel.