A talk by Trevor Nash. 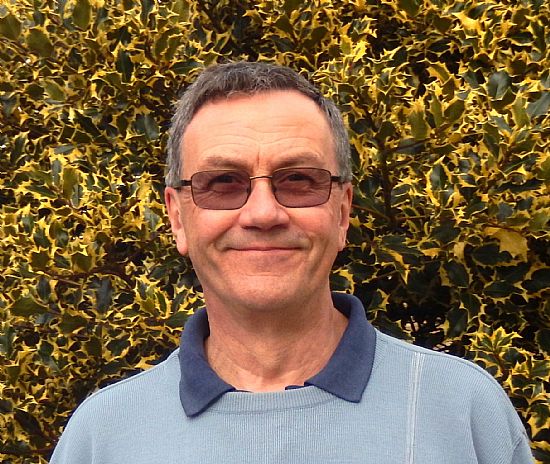 March saw us welcome Trevor Nash and his wife Linda to tell us a little about the fascinating life of honeybees. Trevor is vice chairman of The West Norfolk and King’s Lynn Beekeepers Association.

We seem to have had something of an insect theme this year by way of subjects at our indoor meetings. We have had wasps, a garden nature reserve where insects played a vital role and now bees. There have been no complaints.

Trevor opened his talk by outlining the history of the bee. Their origins probably date back to around 130 million years ago, having coevolved with the flowering plants in a symbiotic relationship. Cave paintings from Spain indicate that honey collection was being carried out at around 8,000 years ago. 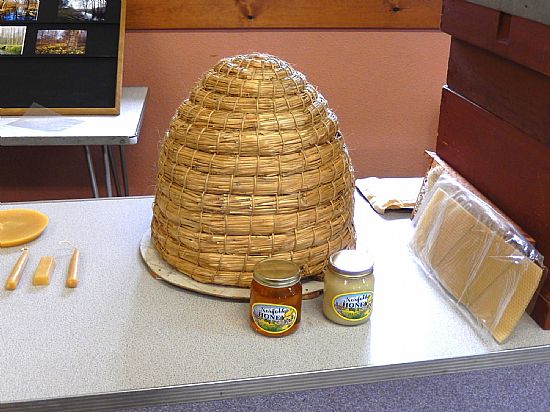 Honeybees differ from bumblebees in many ways, but there are two aspects that are significant for humans. The first is that they feed throughout the winter and to do this have to have a stored food source: honey. The second is that they live in colonies and can be housed within a purpose built hive. Nurtured in this way allows the bees to make an excess of honey for us to harvest. The modern moveable hive was developed around 1852 by The Reverend Lorenzo Lorraine Langstroth (1810 – 1895). This device revolutionised the commercial keeping of bees.

A bee colony consists of three types of bee: a single queen, between 20,000 to 80,000 female workers and a few hundred male drones. The Queen can lay around 2,000 eggs a day, more than her own bodyweight. As the eggs are laid she can choose whether they are fertilized or not. Fertilised eggs produce sterile female workers or if fed royal jelly, a fertile queen. Unfertilised eggs hatch into male drones. 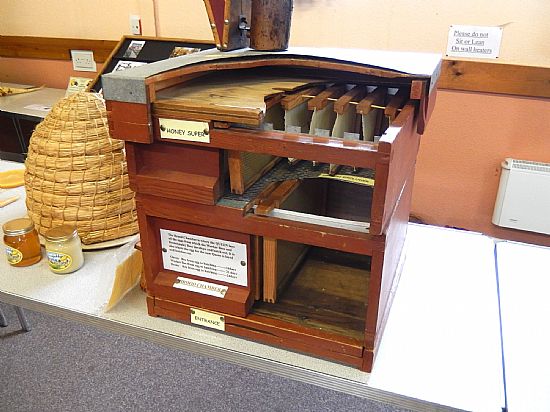 The workers forage for food, tend the larvae and clean the hive. Within the hive they convert the nectar into honey, in part by reducing the water content to below 20% to prevent it from deteriorating. A worker can travel up to 3 miles to collect nectar and it takes around 50,000 journeys to collect enough honey to fill a pound jar. In a season about 60 pounds of honey can be obtained from one hive. Other items manufactured by the workers include royal jelly, which has been said to have many health benefits, beeswax for candles and hand creams, and propolis or bee glue. This is a mixture of beeswax, saliva and sap from tree buds. The bees use this to seal gaps in the hive. Human uses of propolis include an ingredient of car wax and in the varnish for stringed musical instruments. It is also used as an alternative medicine.

The drones hang around waiting to mate with any new queens, after which they die. (Insert own joke here). 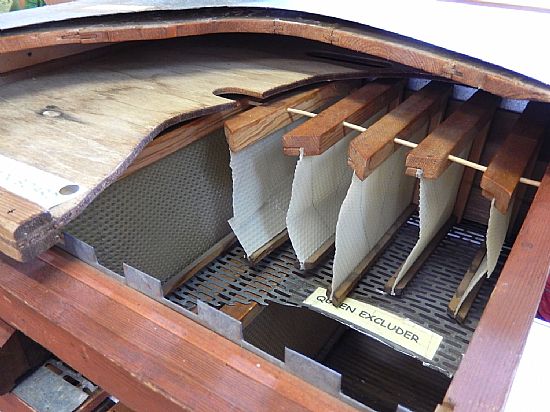 Sometimes people come across a swarm of bees. Left to their own devises they are not dangerous. Should the swarm become a worry they should never be removed by a pest control agency. Instead you should contact The West Norfolk and King’s Lynn Beekeepers Association at https://www.wnklba.co.uk/services/. There you will find helpful advice and the telephone number of your nearest contact who will be able to remove and relocate them.

Trevor had a wide variety of visual aids including a cut-away hive showing all its various structures. His talk was accompanied by an informative slide show, the slides being automatically advanced by Lynda at the appropriate moment – or a little sooner if she felt he needed to overcome a minor prevarication.

Those successful in this month’s competitions were as follows:

This was our last indoor meeting before the autumn. Next month, Wednesday April 8th, we will be heading out to Norfolk Herbs at Blackberry Farm, Dillington.