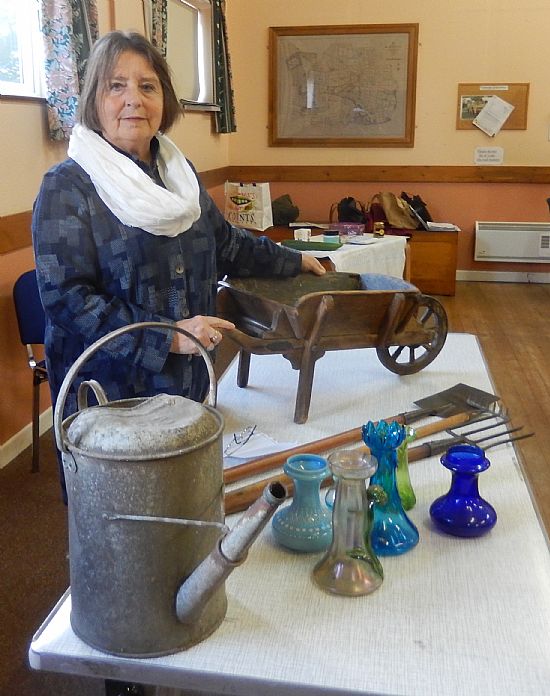 For our first soiree of the new season we welcomed Melissa Sheldrake who introduced us to some curious obsessions – of the garden variety. Melissa spent some time as a flower arranger demonstrator. As a speaker she was not a natural and suffered from stage fright. To overcome this she underwent training and would always learn her script by heart. In addition her husband crafted various helpful props to augment the subject matter. At a certain point she decided to retire from professional speaking and began to forget her prepared scripts. But it wasn’t long before she was asked to do a talk. She was persuaded to just wing it and see how it went. It went OK and now is able to give talks off-the-cuff without the pressure of rote learning. 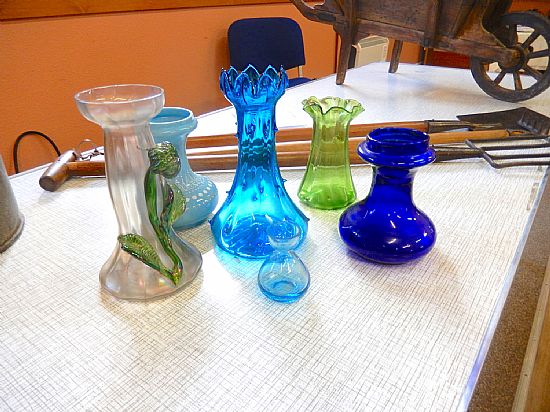 Having lived in several houses she has always been a gardener, but early on was short of money and could not afford things like rooting powder. Nevertheless, her cuttings were viable and propagated well. When she could afford the chemical assistance she found that a lot of cuttings rotted. (The pea sticks we use have a disconcerting viability. Worse; having survived the odds we haven’t the heart to compost them.) 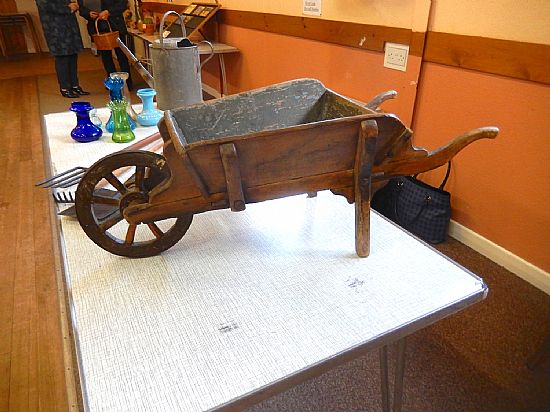 Obsessions: Mellissa loves old garden paraphernalia and local auctions are a good source. She, unlike her recent removal men, loves cast iron garden rollers. We were informed that many of these items have a most pleasing rustic appearance. Auctions are probably the only source of these items as they are unlikely to be found in garden centers today. (We have one; it’s as much as you can do to move it, but it can be filled with water!) Talking of water, old watering cans are another obsession for which her husband has built a special pavilion in which to display them. In passing we were informed to add old steel loft water tanks to the Sheldrake garden landscape. 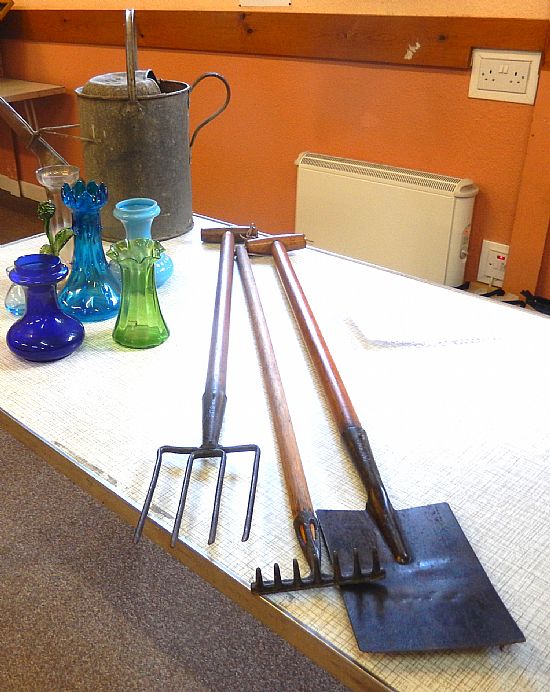 Shortly after moving to their current house they were advised that the two beech trees in the new garden were dangerous and should be removed. Unfortunately, before this work could be carried out, a branch of one of them fell onto her newly built extension. The remainder of the trees have now been removes except for a tall stump, which they thought could add to the hard landscaping. At the top of the stump is a hole where the tree was rotting. A pair of Egyptian geese have used this cavity to raise 8 chicks. Not being too tidy can have some benefits.

As part of her garden development Mellissa decided to plant vegetables, some of which were lettuces. Anxious to take early advantage she began to pick some of them when they were little more than seedlings. Her husband asked whether the lettuces were of a mixed variety. It was only then that they discovered that, in addition to the salad crop, they had been growing and eating milk thistles.

Other collectable items of interest to Mellissa include Victorian posy holders, children’s garden tools, from a time when gardening was a normal diversion for kids, and glass hyacinth vases where the roots of the plant can be viewed. Her most interesting talk was punctuated by several lighthearted poems.

I have to admit to an obsession: it is stuff. I hate to throw anything away. Bolts, bricks, containers, metal, paint, plastic, screws, rope, tiles, timber, tools; you get the idea. You never know when any of that stuff might come in handy. On rare occasions I am persuaded that some item must be discarded. Some time later I invariably find it’s something I really need. But that is not the problem. The problem is, is that I have forgotten that it was thrown away…

The results of the competitions for this month were as follows:

Our next meeting will be Wednesday 14th of November at Hockham village hall when Jim Paine of Walnut Tree Nurseries will be advising us as to how we might respond to climate change. New members welcome; you can join when the doors open at 13:30, and enjoy the proceedings which start at about 14:00.