Hi All, Here we are in June and are things getting better? We hope so. It’s the time we would have been thinking of going on our monthly visit and this month would have been Humbleyard vineyard. Instead we will be having a quarantini in the garden.

Jane Dalton writes: We have been busy in the garden during Lockdown and so has the wildlife. In particular we are thrilled that we have House Martins that have succeeded in building their nest in the apex of the roof above the back door.They tried a few years ago and didn't complete the nest - this year, despite the difficulty they must have had in finding mud during this unusually dry spell they have settled in and I do believe she is in there laying her eggs as I write!However, not so thrilled about the mole infestation in our flower beds and allotment! Jane Dalton, Gt. Hockham. 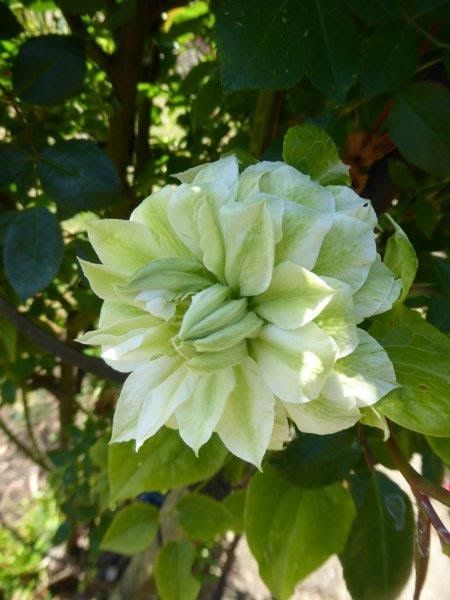 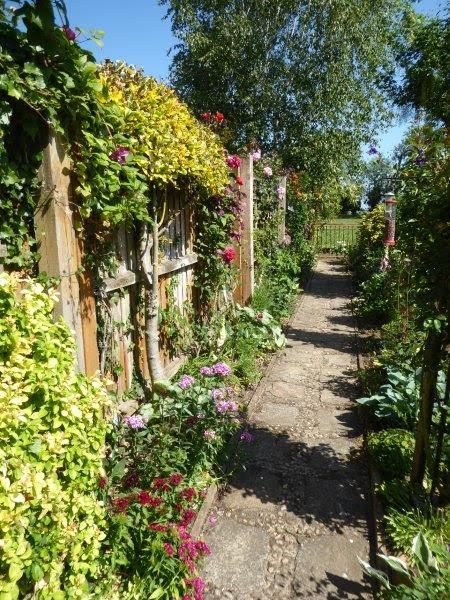 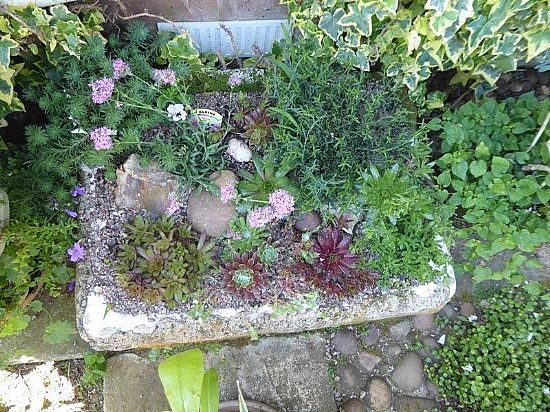 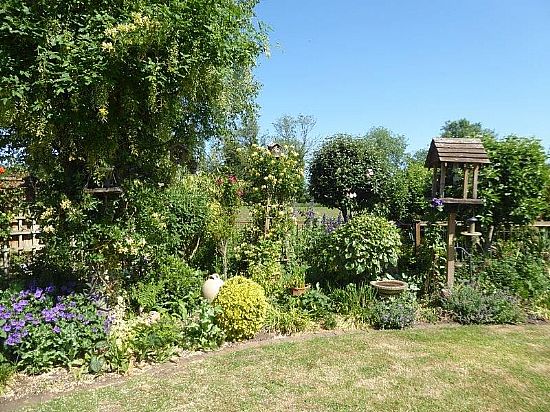 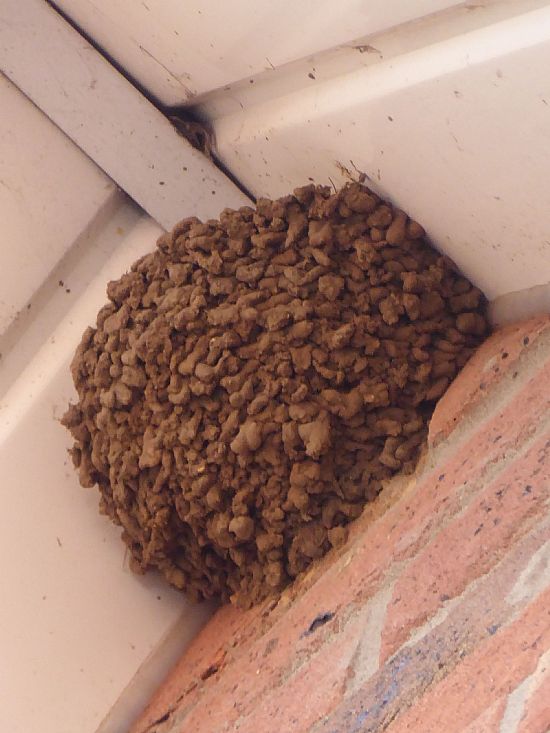 Mo Dawking tells us: Doris, my goose is about 20 years old. She suddenly had a swelling around her eye. It got so bad I couldn’t see her eye at all and the vet was quite convinced she would have to lose it. However, with a lot of attention and nothing short of a miracle she will not now have to wear the false eyelashes that I bought for her. Meant to add that she obviously feels better as she is now laying eggs and attacking Fillyjan the chicken!!! Love, Mo. 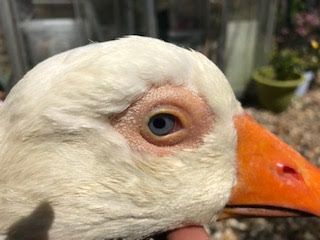 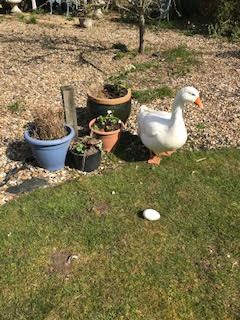 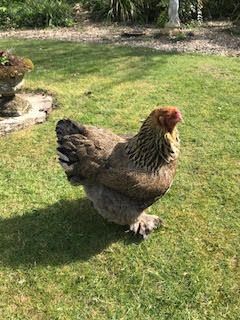 Sue Thomas writes: Hi Ed, Rain stopped play today I am very pleased to say. The garden is suddenly looking like someone lives here; we are eating radishes, salad leaves, spring onions, and are fed up to the teeth with rhubarb. The strawberry beds are going absolutely mad; the late fruiting strawberries are fruiting in front of the standard varieties. We have been eating the polytunnel strawberries for about 2 weeks now. The beans I planted in the polytunnel are at the top of the supports, but still not sure how they will do, as pollinators will not be able to get in as all the windows are netted!! Two of our 3 cu.mtr. composters have nearly been emptied, all of which we have added to the beds which have now been dug over and filled with courgettes, pumpkins, squashes, runner beans, french beans and raspberries. Letuce, carrots, beetroot and parsnips are all doing fine, but the weeds seem to be doing even better!! Just about to plant out dahlias, asters and geraniums, so hope we don't have a repeat of the hailstorm we had back in 2009!!! With everything coming on like it is, looks like I might need a larger freezer. Hanging baskets, which have over wintered in the greenhouse will go out this week, so we'll have some extra colour on the patio. Who needs to go to the gym? Not me! Cheers, Sue 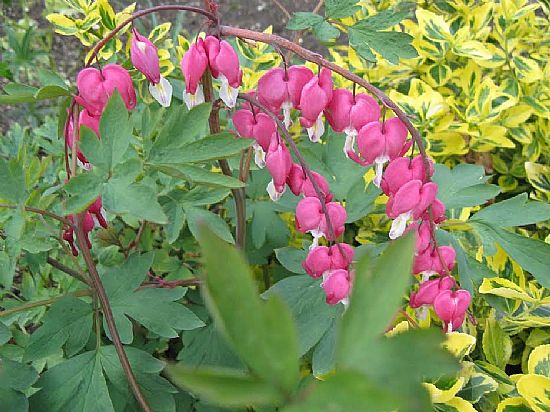 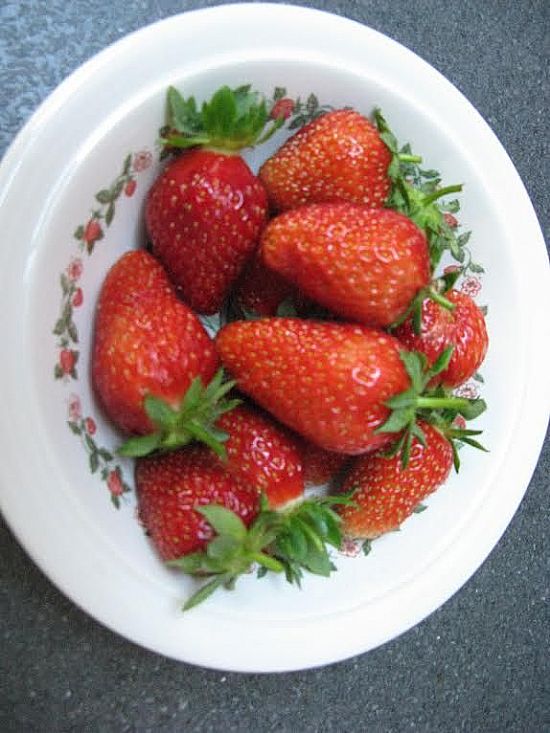 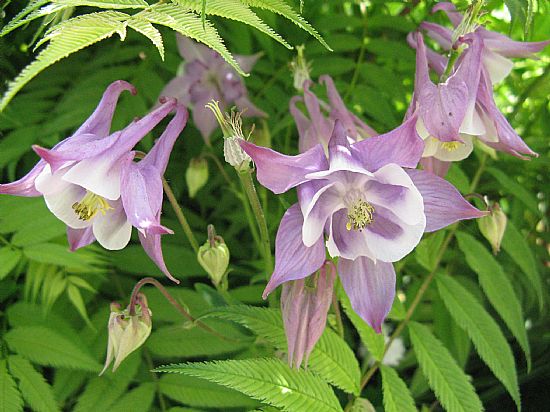 Julie Brown writes: Hi Ed and Prue, What lovely rain. Bit of a lazy weekend and I was at last allowed to go to Feltwell to see my sister, Liz.

I did manage to clear up the patio and get rid of the bags of garden rubbish, but not on that one weekend. All bags have now been tipped and plants moved to a new home so I could take stock. I have changed the plan and my proposed Japanese garden will not now go against the panel fencing. Too many stumps to get out and manoeuvre around, so that area is now a flowerbed of predominantly purple and blue tones. Lots of pots of plants have been put into this bed at last.

The partridge has been sitting on her eggs for a good couple of weeks, now. I see her feeding in the garden with the other birds, have given her a saucer of water and scatter food around the day lily for her. About a week to go I think.

I have a large kidney shaped bed with a red maple. It's a beautiful tree and half this bed is to be the Japanese garden. I have cut down and then dug up several woody shrubs and again filled many bags. I hadn't the heart to dig out the Bears Breeches, Acanthus. If I'm correct, the leaves were lush and dark green and now a couple of weeks later the flower spikes are literally appearing above the foliage.

I have had to resort to pottering: doing bits of things until plans form in my head. I have tidied my material store behind the bottom box hedge. Piles of flints, bags of pebbles, slate and stones, pile of wood, some of which I have painted and used in the gazebo at the bottom of the garden. The whole thing needs painting and I have the slate to wash and put down in the gazebo. I may now get to sit, read and enjoy the garden. I have also painted the trellis on the patio. Oh boy what a chore, but that first piece is nearly done, only so far as I have a Clematis armandii planted and climbing so cannot get to paint it all. The other side of this trellis is to be a pathway and a new raised bed using some sleepers I acquired and others I had left over from the pond. I also have some slabs that look like sleepers. All the jobs coming up seem to involve lifting heavy things that will require the assistance of ’im indoors. I hope to grow veg in the raised bed. The garden that was partially trashed when the new boiler was put in outdoors will have to wait until some of these other jobs are completed. But I will get there. I may be a bit late, but I am going to plant my tomatoes and cucumbers into their growing pots and get nurturing them as best as I can.

The swallows have arrived to the nests on our porch. I have acquired a wheelbarrow so I have used it to hold a polythene sheet to protect my door from all the crap, literally, that the little birds produce. They are beauties and chatter away 20 to the dozen. Lots of families of birds visiting the garden to bathe and feed, sharing together with others. I am seeing chaffinch, wagtail, goldfinch and various sparrows. Just have to go out to shoo off the doves, pigeons, jackdaw and now a crow. My favourite little Robin spends a lit of time with me and he is always there seeing things I don't even notice.

Got a beautiful iceberg climbing rose which I have managed to keep low and amongst the climbing hydrangea this year, although the hydrangea flowers are fewer this year. Saw big caterpillars on my verbascum, pretty little pale pinkie brown colour, have seen them before but not sure what butterfly they would have become, but the next day they had gone: lunch for something. Better get my gardening hat back on and dodge the showers this week. Laura and I went to the village hall to do a bit if tree crown lifting, spraying weed killer and tidying the flowerbed ready for the next photo call. Hope everyone is still keeping well and busy. Loved the apple blossom and the magnolia. Best wishes, Julie. 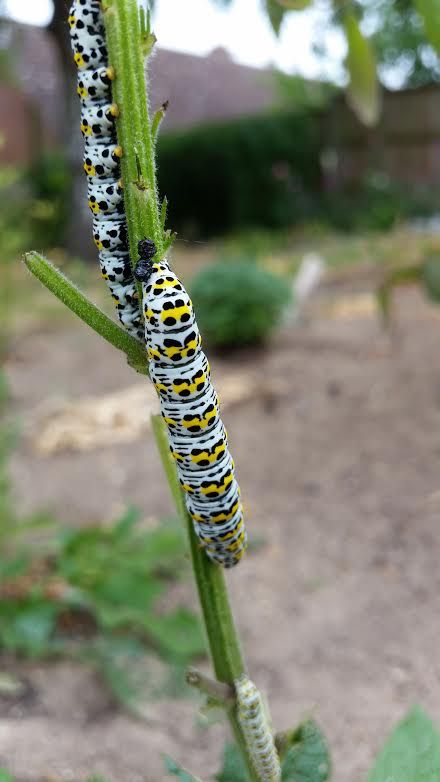 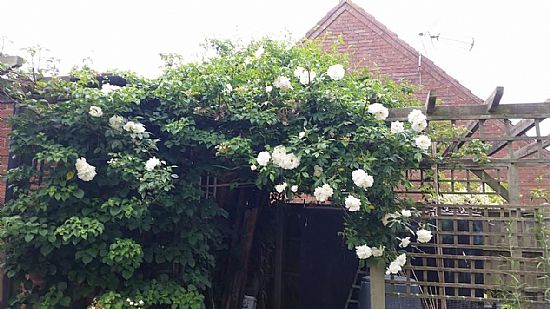 Sometime around 1996, in Prue’s mother’s garden, there appeared a self-set acacia seedling. Rather than just pull it up, Prue thought to save it for the garden of our new house. After being in a pot for a while it was eventually planted out.

After a few more years it had become quite a feature, about 6 foot high with a 4-inch diameter trunk – at which point the wind blew it down. The trunk had snapped leaving the tree horizontal, but the two parts had not become completely separated. Amid much derision I set about pulling the tree upright, stabilising it with a splint I made up by welding up some old bits of metal together. I put some wood glue in the joint, not with any expectation of holding it together, but so as not to leave any gaps where nasties might take up residence. A few years later I removed the splint and the tree was on its own. If the trig I learned at my mother’s knee can be relied on, the tree is now 50 foot high with a 15-inch trunk, the wound only visible if you know where to look.  It gives us much pleasure, not just because it is a very beautiful tree, but because of its history. We saved it. There is more: of late, the tree has been judged tall enough to become the location of choice for a thrush to loudly sing in his endeavour to woo the ladies.

When it comes to compost heaps, it seems that now might be the time to turn them. This is a hard and tedious task, but fortunately I have the perfect solution. For many years our compost heap has been used by grass snakes as a place to lay their eggs. We know this due to the many egg cases we find when the compost is taken to the vegetable beds in the winter. Turning the compost is certain to disturb this threatened species … so we don’t. 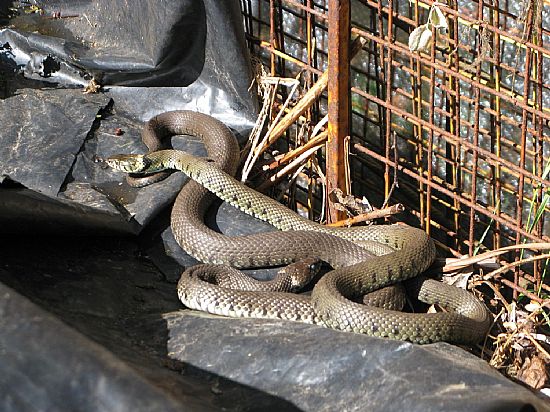 But life must go on. In the mane equestrian centaurs around here seem to be in a grey area. Unable to admit riders their business model must have become unstable. With little coming in they are still saddled with feed costs, but then that is an old chestnut they have trotted out for years. Now that the reins have come there should be plenty of grass, especially as the one down the road is called Eden Meadow. After all this trouble is over I was thinking the garden club could get together with them; we could call our joint venture ‘The Garden of Meadow’. Fortunately, the horses are still being exercised. I would miss seeing the rhythmic motion of the hindquarters of a fine young filly passing along our rural lanes. 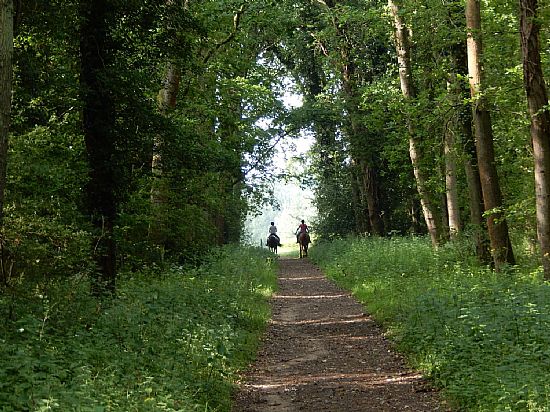 Hope to see you next time, Ed.